Leicester City’s 1937 tour of Eastern Europe was played at a time when the leaders on the continent were strategically battening down the hatches ready for War.

On a backdrop of Nazism, cinder-pitches and street lamps, City would take the rare opportunity to test themselves against continental opposition.

City had just been crowned Second Division champions after pipping Blackpool to the title thanks to four consecutive victories to end the season. A final day 4-1 victory over Tottenham Hotspur at Filbert Street was enough to win the second tier for the second time.

The feat was more remarkable as Frank Womack’s City lost six of their first ten matches. But their fortunes turned over Christmas – including a 5-1 Christmas Day victory over Barnsley.

Leicester’s Jack Bowers topped the Second Division scoring chart with 33 goals. The England international scored twice in three appearances for the Three Lions but the breakout of the Second World War would finish his City career.

Across the Midlands, Wolves had finished fifth in the First Division and were preparing to embark on an Eastern European tour – but were blocked by the FA due to their poor disciplinary record. It would fall on Leicester City to attend in their place.

The proposition was a lucrative journey across Eastern Europe. They would travel over 4000 miles to play five games in four countries over 11 days. Easy for a side who had played Christmas Day, Boxing Day and the 28th December during the season.

A Leicester side captained by Sep Smith would embark on the tour by rail.

City played in the capital Bucharest on the day of King George VI’s coronation at Westminster Abbey and on a backdrop of political uncertainty. The fascist Iron Guard were gaining popularity within Romania and would eventually fight for the Nazis on the promise of further extending their borders into Czechoslovakia and Hungary.

Leicester’s game in Bucharest was said to have been played on a pitch full of cinder which caused gravel rash injuries to several players.

City would leave Romania with two defeats. A 2-0 loss in the capital to Venus Bucuresti before doing a 400-mile trek and losing 2-1 to Ripensia Timisoara the very next day.

It was then time for the 15-hour overnight train to Hungarian capital Budapest where Leicester were treated like royalty by the Danube.

The players and staff were treated to a banquet at their residence at Hotel Bristol before a tour of the Hungarian Parliament Building which would get its fair share of guests in the proceeding few years.

Hungarian regent Miklos Horthy had attempted to keep Hungary neutral to the upcoming War but pressure from the Nazis forced his hand and Hungary participated in the invasion of the Soviet Union only four years later.

Leicester were beaten 4-3 by Champions MTK Budapest and, following their unsuccessful pit-stop in Hungary, did a geographical U-turn with a trip to Yugoslavia and south to Belgrade.

It’d be a first for the club.

But unlike at Filbert Street – the lighting level wasn’t quite what crowds in the East Midlands would expect. Captain Sep Smith described the floodlights as ‘street lamps’.

Regardless, City fell to their fourth straight defeat on the tour – losing 3-0 to BSK Beogradski.

It would be just under a week before the final game of the tour – a 3-1 defeat to SSK Bratislava in Czechoslovakia.

Five defeats in 11 days was enough for City and they made the long trip back to the UK with the knowledge they’d be a top-flight side come August.

Only a week after the tour, Neville Chamberlain became Prime Minister of the United Kingdom and it’d be a long time before anybody would visit Europe for pleasure again.

The Tour in Full: 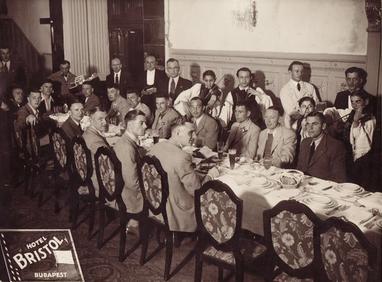 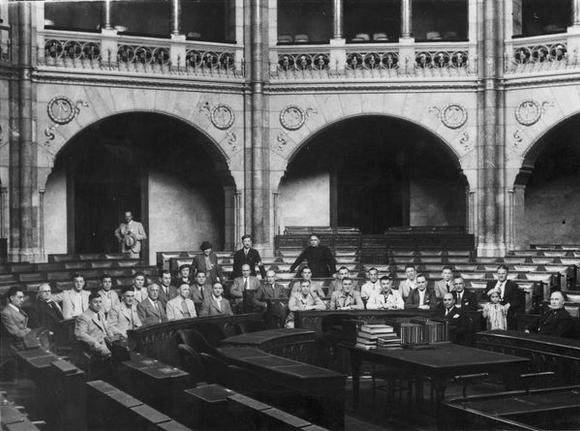 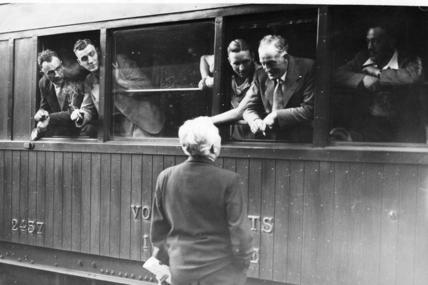